This is this WNC Annual two week Camping Holiday in Norfolk. The weather here on the East Coast is so much warmer and it really does feel like a holiday. During the middle weekend  Water/Nosework and Obedience tests are held.  Instead of testing in a Lake, the water tests are held in the sea.  For anyone not used to training in the sea this is a really different  experience and one not to be missed.  The sea was very choppy and there had been rip tides in the last few days but the expertise and the team work of all the members was something to be seen.  The dogs were amazing and even though they were knocked back by the tide they carried on and swam out to complete the various elements.

This was how we imagined the dogs would have performed in Newfoundland when they were used to rescue the sailors from the rough seas and the strength and courage of the dogs brought tears to our eyes!

Another highlight of the Holiday is the Seal Colony which reside on the beaches by the campsite. There are families of 30-40 seals up and down and they think nothing of popping up about 4-5 metres away from humans and dogs when we are in the sea. To see a seal looking at you with their huge heads and big eyes is really awesome. 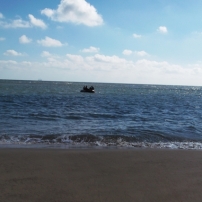 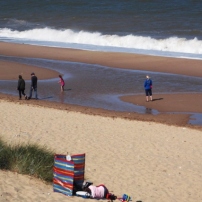 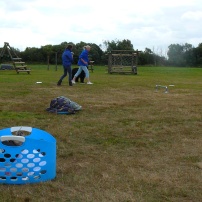 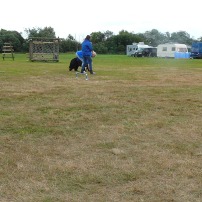 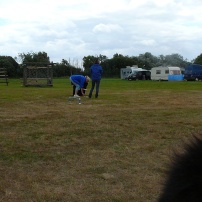 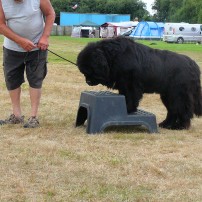