It was with a broken heart that we had to say goodbye to our beautiful gorgeous boy Herbi on Monday 13th March 2017 after a short illness. Herbi was an absolute star in every sense of the word, he had a huge fan club and achieved such a lot in his lifetime including winning and achieving many working trophies and awards and being part of a team that raised thousands of pounds for charity. He has left us all devastated including his BFF Jess and a big hole in our hearts that will never heal. We are so grateful for the 12 years that we had the pleasure of being owned by Herbi.

This week Herbi celebrated his 12th Birthday. This is a real milestone for a Newfoundland and even more so for Herbi after all he has been through in the last 6 years.  Herbi loves swimming and working still and this was rewarded when Herbi won the top Water Dog 2016 in the Terra Nova Annual Awards at Christmas and also the Top Landseer Award.  We are so proud of our special boy and all he achieves. Herbi you are such a star and you never cease to amaze us every day. We had a lovely day on his birthday going for a walk to his favourite park at Little Budworth with his soulmate Jess then home to share his Birthday Cake, cards and presents with Jess.  Thank you to everyone for all the many lovely comments and good wishes for Herbi on his Birthday on Facebook. Here are some pictures of Herbi with his trophies and his birthday celebrations. 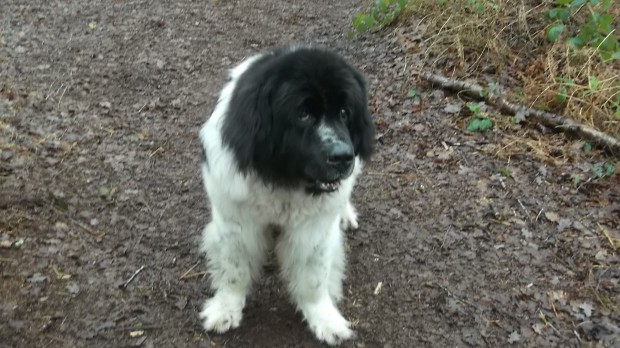 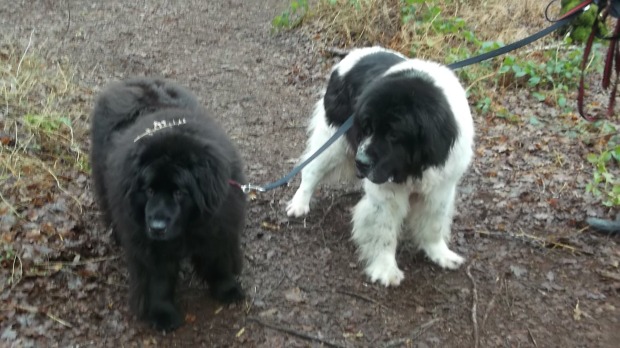 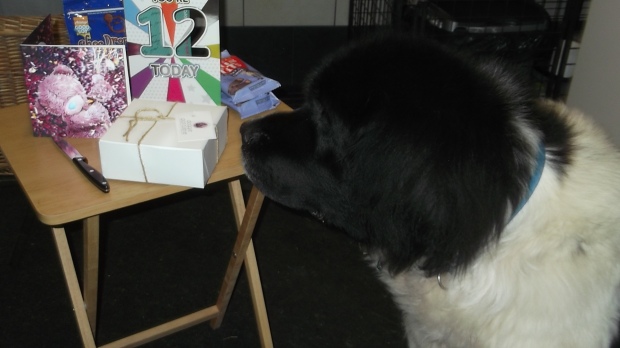 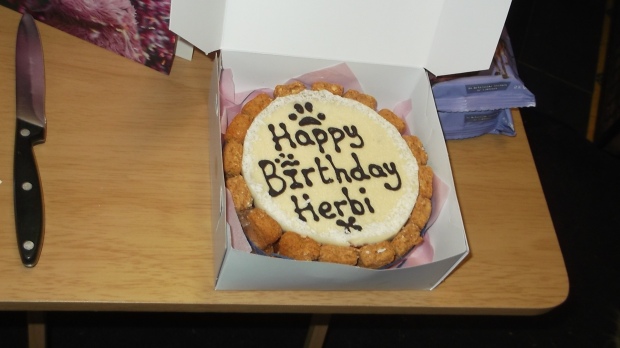 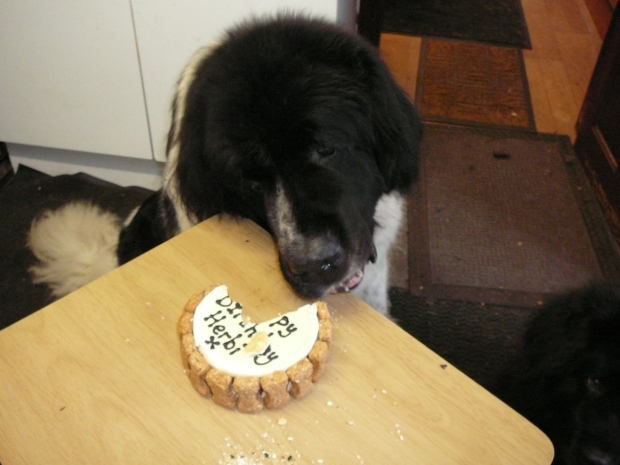 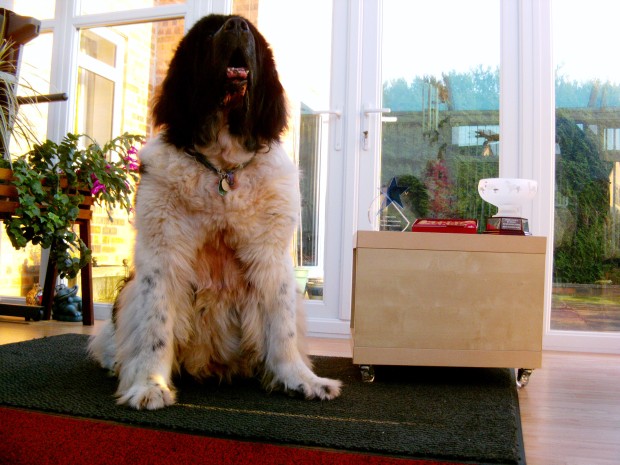 This year Herbi reached the grand age of 11 years. At the end of the water season Herbi achieved his Level 3 Water Distinction, we are so proud of him. He has had a wonderful season this year in water, nosework and obedience  tests and has also taken part in all the fun activities we have had.  Herbi loves working but most of all being with his soulmate Jess. They still love going out for walks and riding in their van.

Here is a picture of Herbi with his Water Distinction!

We have been owned by Herbi since he was 9 weeks old. Herbi was shown in his first year including going to Crufts, however  this was soon replaced by his love of water and we joined a Training Group where we have taken part in water training most weekends during the summer since.  He was still taking part in Dog Training classes and was part of a Dog Display Team, this was good grounding for his carting days which he also loved until  retiring 2 years ago.  During his water training he has worked up to Level E which is the highest award.  He has also taken part in many charity displays and was a member of the team that raised over £5000 for Hearing Dogs for the Deaf and enabled us to sponsor our own Hearing Dog called Flash after the venue we trained at, Winsford Flashes.  It was for this event that Herbi’s claim to fame was realised when he appeared on Granada Television rescuing one of the presenters Paul Crone. Herbi has also been in the Parade at Knutsford  May Day over the last  4 years. Herbi is still training in water work and is one of the founder members of Terra Nova, and he has now added Nosework to his list of achievements which he will be working on this year. He is an amazing dog and we absolutely adore him, he is one in a million !! 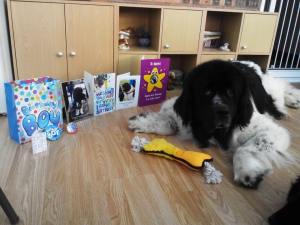